Alex McPherson played by Alison Sweeney returns to a Pennsylvania (small town) where she spent her summers to record her next episode of her crime podcast, about the disapperance of a childhood friend 20 years ago.

She teams up with a cutie name Benjamin Ayres, he hand his guard up at first but he helps her track down her friends last steps. Let's just say she found out a whole like stuff that when on in that town!

This episode had me so hooked, I felt like a fiend! Lol...If you don't know about this series, I recommend you to go see a doctor and gt on board. Lol (I like to tell jokes)

Just when you thought you had a hit and was good, Hallmark does it again and add..not 1 but 2 more episodes, Oh honey...I'm so glad they did!

Everything Alison Sweeney stars in she absolutely slays it!

Alex McPherson searches for the truth behind a young lawyer death. Did it grab your attention? It grabbed mine.

The last episode (for now)... Alex McPherson and the Chronicle staff investigate a "accidental" death ruled by the local police. This sounds a little fishy! 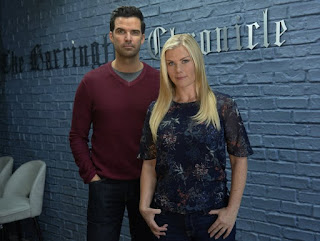 Thank you so much for reading my blog, I appreciate the love!
I live tweet...follow me @phonejones (Twitter)
Posted by PhoneJones Mixing It Up at 7:06 PM No comments:

When Jussie Smollett posted that he was attacked by 2 masked me, I was very upset about it.  I felt like things were going back to the 80's where LGBT community were being attacked constantly just for being themselves. I thought it was disgusting then and I feel the same way now.

I'm very disappointed in you!
Nobody is perfect and we all make mistakes but this is just ridiculous.
Do you know how many people were on your side?
This is a slap in the face to the ones that really thought you were attacked!
I don't know what was going through your mind at the time but you us all
an a apology. What was the point of you staging this attack? Did you think
about your career or your family? I don't think so!

Young man, you had such a wonderful career on Empire and God only knows what other opportunities  were going to fall in your lap. This has turned into a we stand with Jussie moment to he's a LIAR!

I know your family is going to show you all the love and support, but at the same time it must feel awkward for them.

Jussie, whatever it is that you're feeling or going through...please get some help. 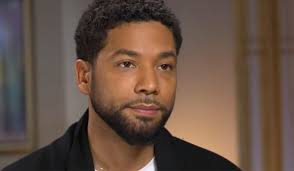 Posted by PhoneJones Mixing It Up at 7:54 AM No comments: